This event highlighted the struggles and roadblocks being faced by the vaccination effort in various African countries; the widespread issues with vaccine acceptance and distribution; and the roles religious leaders and communities are playing to both propel and impede vaccination efforts across the continent. The discussion aligned with concerns expressed by the G20 Interfaith Forum in their official recommendations to the G20 last October and built off of the forum’s recent webinar on COVID-19 vaccination campaigns, foreshadowing issues that will continue to prove central to the respective G20 Summit and G20 Interfaith Forum meetings in Italy this fall. 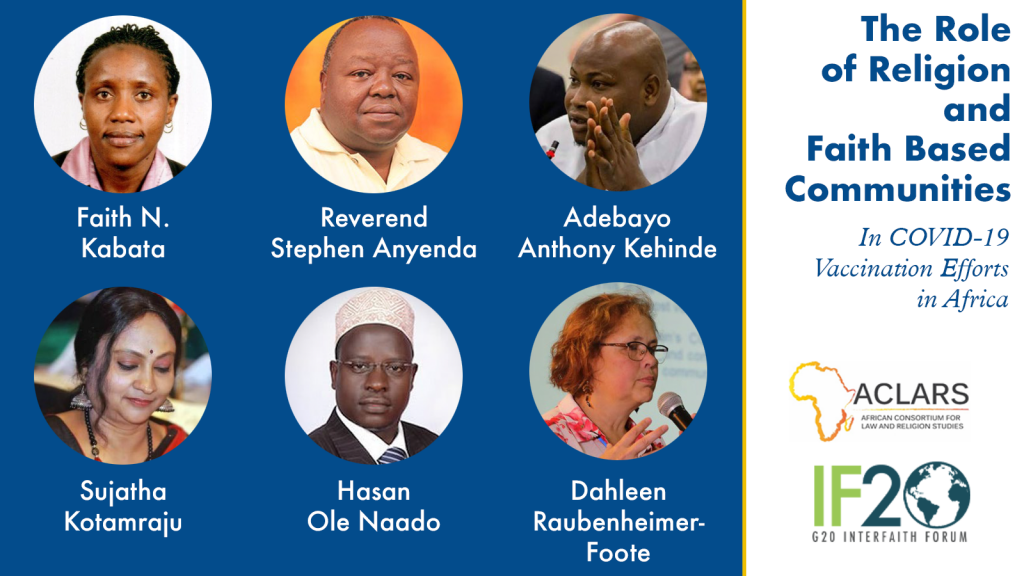 Faith N. Kabata acted as moderator and welcomed all participants, introducing the speakers and the importance of the discussion:

“This is a very topical issue. With the widespread loss of life connected to COVID-19, along with its economic and social implications, one would expect vaccine acceptance rates to be high. But when the vaccine arrived, despite expectations, less than 2% of administered vaccines have been in Africa. Why is the acceptance rate so low, and what role can religion and religious leaders play?”

Rev. Anyenda focused his remarks on the reasoning behind vaccine hesitancy that he’d observed in Kenya and the role religious leaders could play in helping the vaccination rate to increase. He explained that when the vaccines arrived in Africa, they arrived with a lot of “noise”—rumors flying on social media that the vaccines were secretly a family planning or population control tool, etc.  Due to high levels of trust in religious leaders, they were in an ideal position to promote the vaccine and spread hope to combat the devastation of the pandemic:

“The pulpits and places of worship had to offer an alternative narrative to what was going around on social media. They had to be the first ones to ‘step into the water’ and take the vaccine.”

Deacon Kehinde reemphasized Rev. Anyenda’s comments on people’s trust in religious leaders, citing that over 98% of the Nigerian population claimed a religion, and therefore religious leaders have a huge influence, whether for good or bad. When Nigeria announced lockdown measures, some religious leaders opted to ignore them and continue with their religious services, and many in the general population followed suit, showing that they were more likely to listen to the words of religious leaders than to government leaders and political elites. He encouraged faith communities to use that influence and power for support:

“One of the major recommendations I’m making this afternoon is for faith communities to access accurate information about the vaccine, combat misinformation, and once well-informed, to lead the way through example.”

Ole Naado explained that in addition to false rumors about the vaccines in general being circulated online, there was another issue: corporate competition between vaccine providers or brands, such as one vaccine being criticized over another and the spreading of dissent and distrust. As a member of the COVID-19 vaccine steering committee in Kenya, he observed that vaccine acceptance had been surprisingly low across the country, and that it  did not pick up until a group of religious leaders were vaccinated on live television.

According to Ole Naado, Kenyans have a long tradition of not wanting to be strongly associated with the government. Therefore, it is essential to rebuild structures to include interfaith actors and religious leaders in order to increase trust:

“I appeal to religious leadership—and those who mean well for humanity—to continue to find ways to embed religious leaders into these efforts where governments cannot be completely effective.” 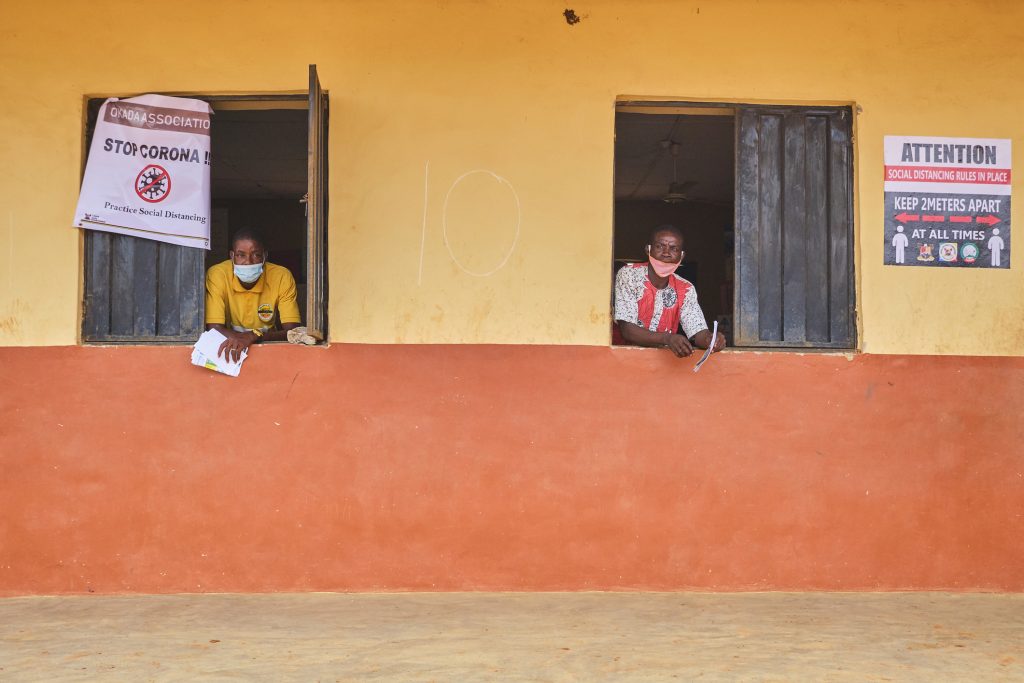 Kotamraju spoke about the virus of fear, stronger than any real virus, and how it is impeding vaccination efforts and dousing people’s hope through rumors and societal friction. She recommended four actions:

Raubenheimer-Foot cited experiences and research from her time at World Vision to show patterns and correlations between public health campaign acceptance and religious leadership: Faith leaders have always been at the forefront of either acceptance or rejection, and doctrine/beliefs are very often used as arguments either for or against the vaccine. However, hesitancy is not just about religion; it is also intertwined with politics, social norms, and culture.

She explained that the majority of religious leaders do not receive theological training on scientific issues like vaccine research and development, so they don’t feel theologically prepared to comment on the issues at hand. However, according to a study by the Joint Learning Initiative during Ebola, religious leaders can make a huge difference when they are informed.

As religious leaders are trusted to “speak the truth in love,” Raubenheimer-Foot recommended that they increase their knowledge and understanding of their churches’ respective doctrines on medicine to be more prepared in these situations. She also observed that religious leaders could act as government watchdogs of a sort, making sure that vaccines go through all requisite regulatory processes and that rollouts are following safe guidelines to protect the community.

After the Q&A session that covered a variety of topics (including responding to misinformation from religious leaders), the webinar concluded with an emphasis on two simple takeaways: (1) the need for increased understanding and interaction between religious leaders and the scientific community, and (2) the importance of leading by example by practicing what is preached regarding vaccines.