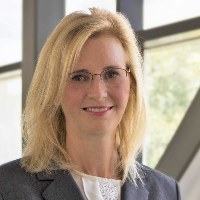 Sherrie Steiner (Ph.D.) serves as the Historian for the G20 Interfaith Forum. She is an Assistant Professor of Sociology at Purdue University Fort Wayne. She specializes in social change, environmental sociology and sociology of religion. Prior to her work serving as historian for the G20 Interfaith Forum, Sherrie served as Special Rapporteur for the World Religious Leaders’ Summits in 2010 (Winnipeg, Canada), 2011 (Bordeaux, France) and 2012 (Washington DC, USA).  Her research focuses on the co-evolution of societies and their environments in the context of climate change. Her publications on environment and religion include Moral Pressure for Responsible Globalization: Religious Diplomacy in the Age of the Anthropocene, International Studies in Religion and Society, Volume 30 (2018, Brill), “Transnational Interfaith Diplomacy: The Interfaith G8/G20 Shadow Summits” in John Fahy and Jan-jonathan Bock (Eds.) The Interfaith Movement: Mobilising Religious Diversity in the 21st Century (2019, Routledge), and “Is Religious Soft Power of Consequence in the World Today?” In Jean-Guy A. Goulet (editor) Experiencing Religion in the Contemporary World, Religious Diversity Today, (2016, Praeger).