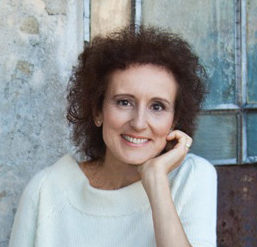 Dr. Cristina Calvo is the Director of the International Program on Democracy, Society, and New Economies at the University of Buenos Aires, and a Professor at the University of Buenos Aires in the ¨Amartya Sen Award¨ of the School of Economy. She holds a PhD in Economic Sociology and is a Magister in Governability and Human Development. She also completed studies in Ethics and Moral Sciences at the Institute for Education in Montet-Fribourg (Switzerland).

A Member of the Committee of Religious Leaders in Latin America of the WCRP, Dr. Calvo is an Advisor for Caritas Latin America in justice and peace building, an Advisor in economy for the Justice and Solidarity Department of the Latin American Episcopal Council, and also for ecumenical and multicultural networks. She was coordinator of the Mesa del Diálogo Argentino (Table for Dialogue in Argentina), a three-way process between Government, United Nations Development Programme (UNDP), and the Catholic Church that, after the 2001 crisis, cooperated to the restoration of democratic governability. She is an honorary member of the Argentinean chapter of the Ana Frank Foundation. In 2008 she received the award granted by the Argentinean Foreign Minister for her work towards the promotion of a plural society and towards the promotion of human rights.