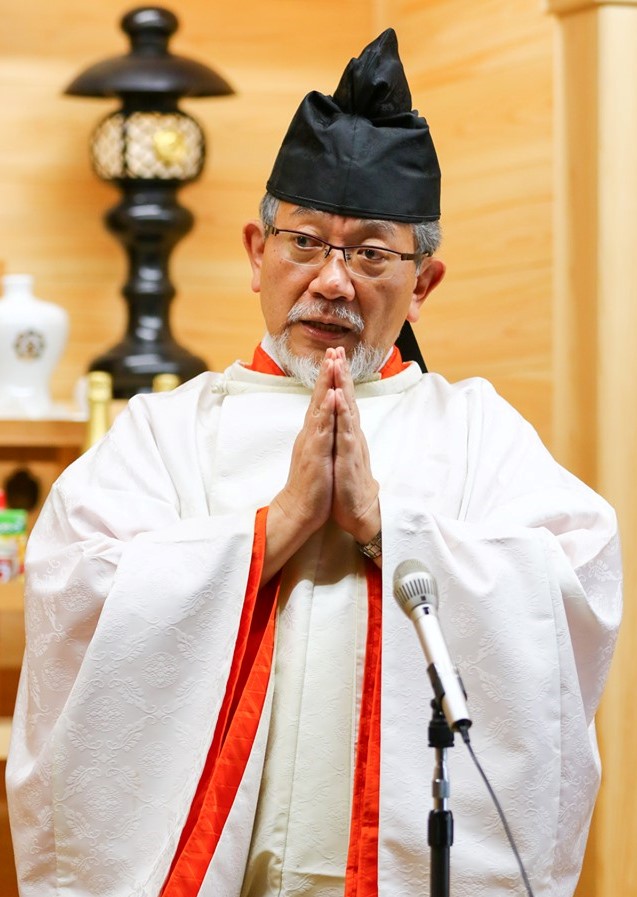 Rt. Rev. Yoshinobu MIYAKE, born in 1958 into a well-known family of Shinto priests in Osaka, Japan. He studied at Doshisha University in Kyoto and at Harvard University. He took the important role in his Konko Church as Superior General. For the past 4 decades he has been active worldwide in the interfaith field, such as Religions for Peace and the International Association for Religious Freedom (IARF). In 1997 he established RELNET Corporation, whose website publishes widely on religion-related matters in Japanese. He is serving Chair of the Board of International Shinto Studies Association. He led G20 INterfatih Forum 2019 in Kyoto to success as Chair of the Steering Committee. He published many books in Japanese. Most recently, he appointed the Director General of the United Nations Association in Kansai.