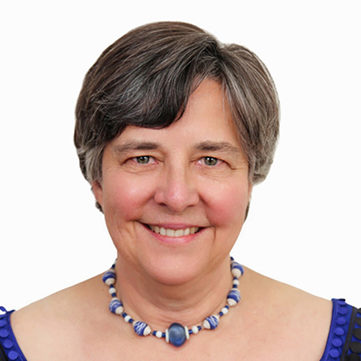 Katherine Marshall has worked for almost four decades on international development, with a focus on issues facing the world’s poorest countries. She is a senior fellow at Georgetown’s Berkley Center for Religion, Peace and World Affairs and Professor of the Practice of Development, Conflict, and Religion in the School of Foreign Service. Her long career with the World Bank (1971-2006) involved a wide range of leadership assignments, many focused on Africa. From 2000-2006 her mandate covered ethics, values, and faith in development work,as counselor to the World Bank’s President. She was Country Director in the World Bank’s Africa region, first for the Sahel region, then Southern Africa. She then led the Bank’s work on social policy and governance during the East Asia crisis years. She worked extensively on Eastern Africa and Latin America. As a long time manager she was involved in many task forces and issues, among them exercises addressing leadership issues, conflict resolution, the role of women, and issues for values and ethics.

Ms. Marshall has been closely engaged in the creation and development of the World Faiths Development Dialogue (WFDD) and is its Executive Director. She serves or has served on the Boards of several NGOs and advisory groups, including AVINA Americas, the Niwano Peace Prize International Selection Committee, and the Opus Prize Foundation. She is a board member of IDEA (International Development Ethics Association) and the International Anti-Corruption Advisory Conference (IACC) advisory council. She is a member of the Council on Foreign Relations. She served as a core group member of the Council of 100, an initiative of the World Economic Forum to advance understanding between the Islamic World and the West. She was a Trustee of Princeton University (2003-9). She has co-moderated the Fes Forum which is part of the Fes Festival of World Sacred Music since its inception. She speaks and publishes widely on issues for international development.

Ms. Marshall’s daughter is a physician doing her residency at Swedish Hospital in Seattle, following service in the Peace Corps. Her son recently completed an assignment with Americorps and is taking courses in computer science.