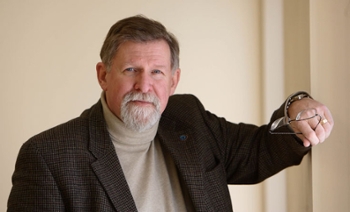 Dr. James Christie is currently the only Ambassador-at-large for the Canadian Multifaith Federation.

During his time with the Global College of The University of Winnipeg, he was Professor of Whole World Ecumenism and Dialogue Theology, former Dean of the Faculty of Theology, and Director of The Ridd Institute for Religion and Global Policy.. He has practiced congregational ministry in Montreal, New York State, Toronto, and Ottawa. He served on the Emmanuel College Council in Toronto; developed and taught short courses for Queen’s Theological College and the United Church of Canada in Faith, Culture and Politics. He was Theologian to the Justice Department of Canada Forum on Genetic Futures, and participated in the first Canadian Church Leaders’ Study Mission on HIV/AIDS to East Africa. He was a long-time director of both the Christian-Jewish Dialogue of Toronto and the Christian-Jewish Dialogue of the National Capital Region, and represented the Protestant world at the 49th World Eucharistic Congress of the Roman Catholic Church.

He is Past President of the Canadian Council of Churches, and served as Secretary General of the 2010 Religious Leaders’ Summit, coinciding with the G8 political leaders’ summits. He was a member of the steering committee of the Interreligious Roundtable of Tony Blair’s Faith Foundation. A leader in the NGO movement for global democracy, UN reform and human rights, he chaired the Council of the World Federalist Movement/Institute for Global Policy (a 2002 Nobel Peace Prize nominee for leadership in the International Criminal Court Treaty).