The following documents reflect the work of groups of individuals selected for their expertise both in the relevant subjects and in interfaith work, who generously volunteered to contribute their thoughts and experience.

The G20 Interfaith Forum annually gathers religious leaders, communities, and faith-based organizations to consider questions on the global political agenda and raise issues of concern, reflecting that religious identities and affiliations can influence the ways in which people design, implement and respond to global policies. In 2020, the organizing partners- the International Dialogue Centre (KAICIID), the G20 Interfaith Forum Association, the United Nations Alliance of Civilizations (UNAOC), and the National Committee for Interfaith and Intercultural Dialogue in the Kingdom of Saudi Arabia (NCIID)- organized six regional consultations as a precursor to the global G20 Interfaith Forum in October. Their work comes alongside a series of continuing working groups that focus on priority issues on the G20 agendas. The European Regional Online Consultation included around 100 participants in a month-long consultation process during June and July 2020. Three working groups, consisting of about a dozen individuals chosen for their expertise and ability to represent a diverse range of perspectives, met for in-depth discussions that were led and summarized by Key Experts.

The outputs of the European regional consultation were submitted to the Organizing Committee of the G20 Interfaith Forum on 30th July 2020. They are intended to provide a source of analysis and inspiration for global recommendations to be explored at the October G20 Interfaith Forum. The Forum partners will then distil the proposals into a final document to be presented to the G20 Leaders as they prepare for their Summit in November.

The International Dialogue Centre (KAICIID), with key partners the G20 Interfaith Forum Association, the United Nations Alliance of Civilizations and Saudi Arabia’s National Committee for Interfaith and Intercultural Dialogue are jointly supporting the consultations, which will help shape a final series of recommendations to world leaders attending the G20 summit, scheduled to take place in Riyadh in November.

Ahead of the G20 summit, religious leaders and policy experts in the Arab Region, Europe, Africa, the Americas and Asia are meeting to discuss region-specific challenges, including responses to COVID-19, access to education, women’s rights, youth, peacebuilding, governance, and environmental justice.

The European consultation comes in the wake of the first regional meeting, encompassing the Arab region and led by KAICIID which for almost a decade has been administering programmes aimed at fostering common citizenship, dialogue, the protection of minorities and the prevention of hate speech. In 2018, KAICIID established the first regional multi-faith platform of Christian and Muslim religious leaders.

At the June 29 G20 Interfaith Forum European consultation, H. E. Metropolitan Emmanuel of France, who is also Chairman of KAICIID’s multireligious Board, used his opening remarks to highlight issues of sustainable development which are a priority of G20 Summits, including reducing poverty and inequality; promoting health and well-being, addressing the challenges of displacement, migration and refugee inflows as well as protecting the environment.

Metropolitan Emmanuel’s speech reflected on the many challenges posed by the coronavirus outbreak which has seen 10 million cases, 500,000 deaths and lockdowns around the world. He outlined the three ad hoc working groups that will be developing substantive recommendations on areas including empowering people and fostering gender equality and religious engagement with environmental concerns.

“Our consciences have also been seared by other pandemics—the all-too-resilient strains of racism—both personal and structural; the burdens of inequality, in all their myriad forms; the suffering of people who ‘can’t breathe’; the unending flood of refugees and displaced persons; the ongoing degradation of the environment; and countless other ills that bear in upon us as we shelter and social distance in our homes.”

European Commission Vice-President for Promoting Our European Way of Life Margaritis Schinas delivered a powerful keynote address which emphasised the importance of input from European religious stakeholders on this year’s G20 priorities.

“The admirable examples of solidarity we have witnessed during the pandemic should not be limited to crisis times but also be part of our future policies. This spirit of solidarity is certainly present at the European level and the European Commission considers it is an essential component of its post-crisis strategy. Through our structured dialogue we will continue focusing on issues which relate to the core values and ethical concerns and which should be at the heart of EU policies. We will ensure that they are built into our action, not remain empty words.”

President of the Conference of European Rabbis, Chief Rabbi Pinchas Goldschmidt, who co-chairs the KAICIID-supported Muslim-Jewish Leadership Council (MJLC), raised the issue of the importance of European institutions providing strong protections of the fundamental right to freedom of religion or belief. “This issue needs to be discussed within future G20 Interfaith Forum meetings to ensure that there is legal protection of religious freedom or belief for all.”

Speakers at the European consultation also drew attention to the plight of migrants in Europe, where KAICIID supported the establishment of the Muslim Jewish Leadership Council, and implements a programme for People Seeking Refuge. This latter initiative encompasses the Network for Dialogue, comprised of 25 religious leaders, academics and civil society actors working on programmes to improve the social inclusion of refugees and migrants and the creation of a special Dialogue Facilitation Toolkit, which lays out practical guidance for refugees and migrants in Europe as well as for host countries.

“The governing principle for relations between Muslim communities and the rest of European society is intercultural respect and understanding, said H.E. Grand Mufti Nedžad Grabus of the Islamic Community in Slovenia and MJLC Co-Chair. “Whether new arrivals or longstanding citizens, many Muslims struggle with negative narratives, prejudices and misunderstandings. We encourage initiatives like KAICIID’s European Policy Dialogue Forum on Refugees and Migrants which shares best practices from which cities and states can learn.” 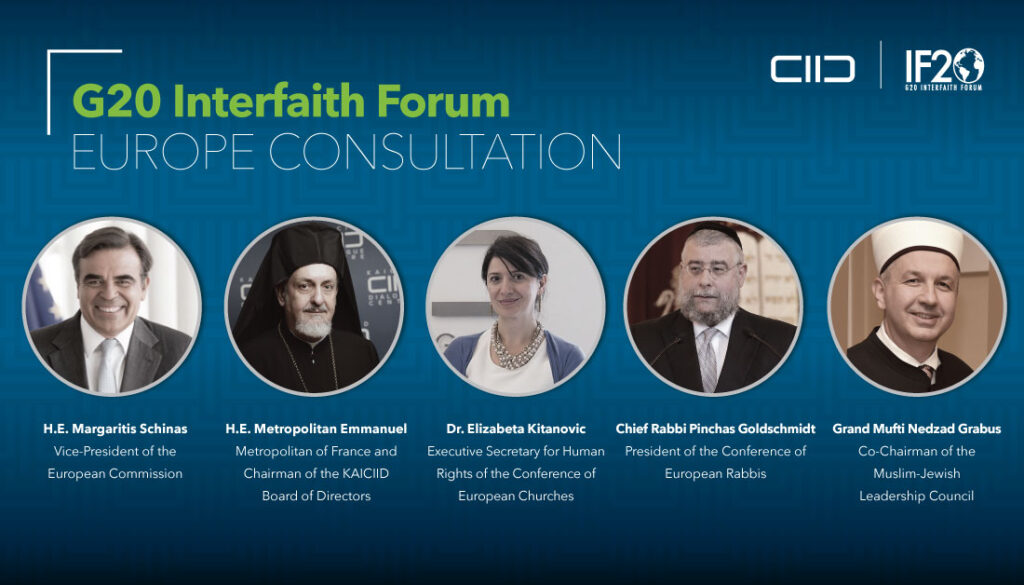 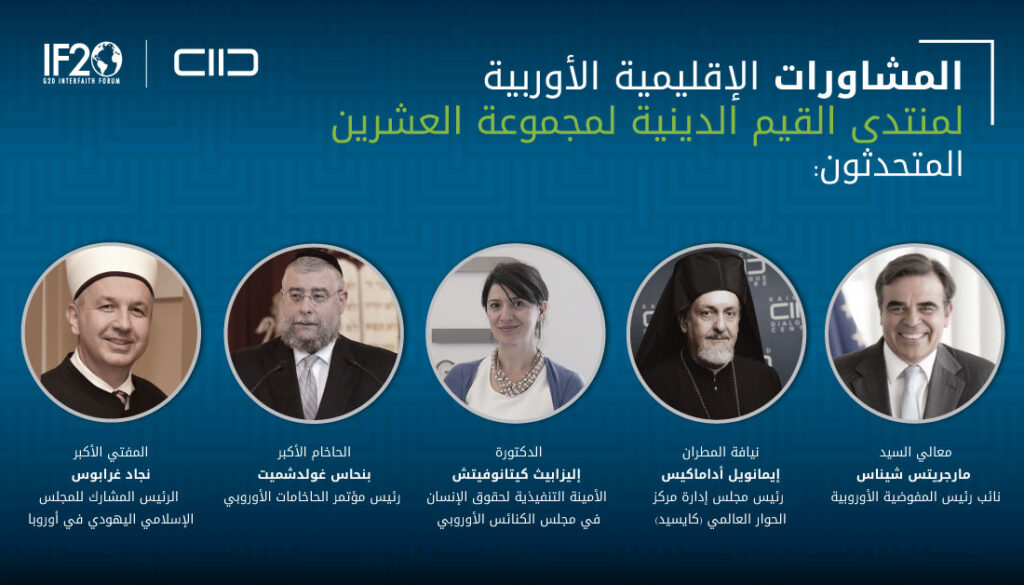