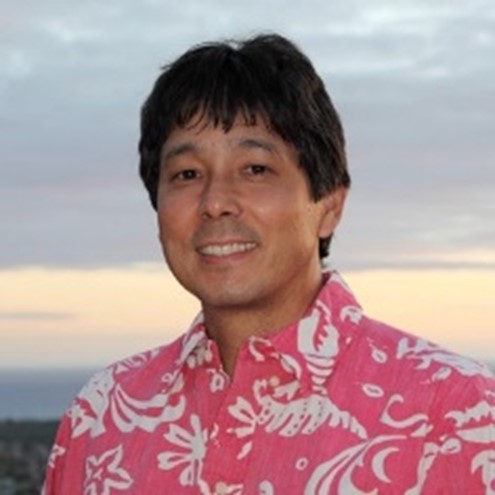 Arnie Saiki is currently participating in a working group on data, statistics and valuation. His book, Ecological-Economic Accounts: Towards Intemerate Values was published in 2020 in Fiji by a partnership between the Pacific Theological College, the Pacific Conference of Churches and the University of the South Pacific, Oceanic Centre for Arts, Culture and Pacific Studies as part of a regional program called Reweaving the Ecological Mat. He has been a writer, activist, and organizer focusing on regional economic and geopolitical themes in the Asia and Pacific regions, he was the coordinator for the Moana Nui conferences, a partnership between the International Forum on Globalization and Pua Mohala I Ka Po and has been campaigning on issues around trade, development, militarization and the environment in the Pacific. His work around economic justice has also been published, most notably in American Quarterly, Australia National University and Yunnan University in China. Arnie received a “We the People” grant from Hawaii Council for the Humanities for his work on Hawai’i Statehood history and was the lead historical researcher for a federally funded feature documentary, “State of Aloha.” He received his MFA from NYU, Tisch School of the Arts, and later left the Performing Studies program at NYU as a Ph.D. candidate. He lives in California with his wife and children.