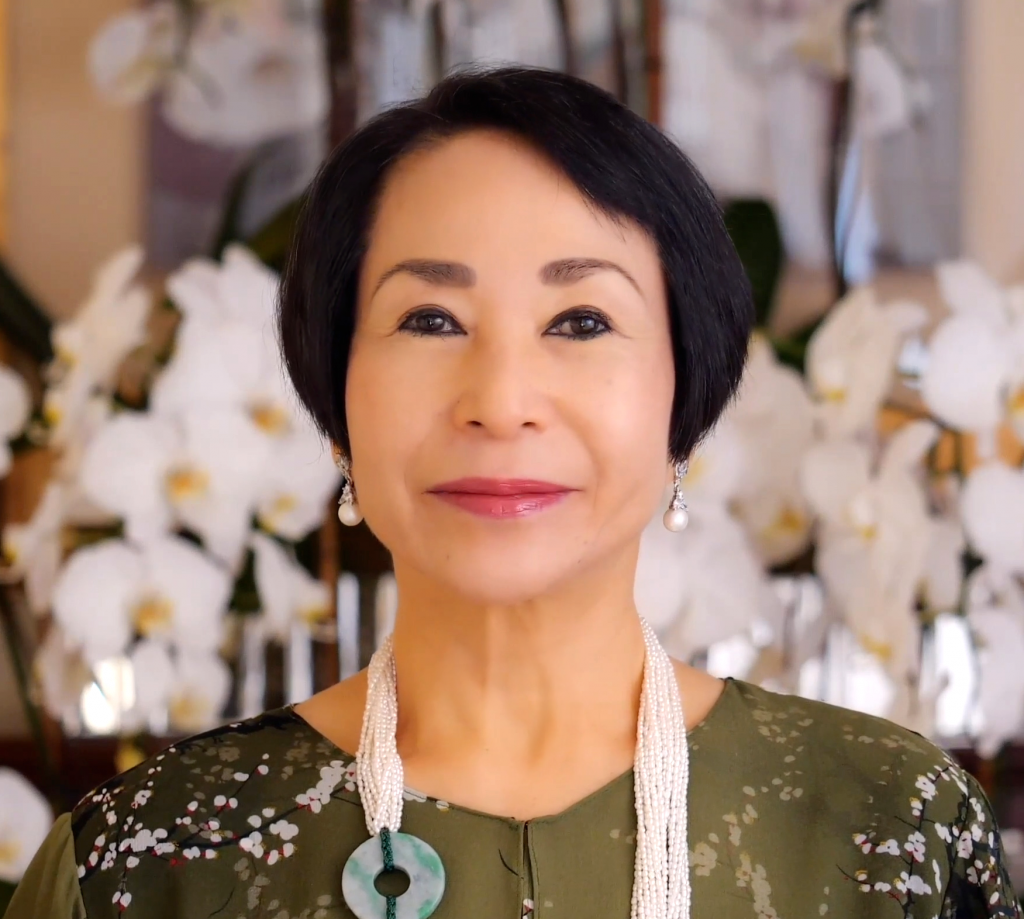 Audrey E. Kitagawa, JD, is the President/Founder of the International Academy for Multicultural Cooperation, President of the Light of Awareness International Spiritual Family, and the former Advisor to the Office of the Special Representative of the Secretary General for Children and Armed Conflict at the United Nations.

She is a United Nations Representative for the United Religions Initiative, and is Chair Emerita of the NGO Committee of Spirituality, Values and Global Concerns, NY.

She has been enstooled into the royal family as the Nekoso Hemaa, (i.e. Queen Mother of Development), of Ajiyamanti in Ghana, West Africa, and has a school which she helped to build named after her in her African name, the Nana Ode Anyankobea Junior Secondary School.

She wrote the chapter, Crossing World Views, The Power of Perspective in the Hawaii Japanese American Experience, which was published in a book about multiculturalism, communication and Asian women entitled, Learning In The Light. Her chapter, Globalization As The Fuel For Religious And Ethnic Conflict has been published in the book, Globalization And Identity, Cultural Diversity, Religion and Citizenship. Her article, The Role Of Identity In The Rise And Decline of Buddhism In Hawaii, The 50th State Of The United States Of America, has been published in Sambhodi, a Buddhist Journal. She published articles in World Affairs The Journal Of International Issues, entitled, The Power of Om: Transformation of Consciousness, and Practical Spirituality. She wrote the chapter, The US In Foreign Affairs: Source of Global Security, Or Source of Global Fear? in the book, America & The World The Double Bind.

She is the recipient of the Medal “Pride of Eurasia” and a Diploma from the Republic of Kazakhstan Ministry of Education and Science L.N. Gumilyov Eurasian National University for her outstanding contribution to the development of spiritual culture and education in Eurasia.

She is the recipient of the Spirit of the UN Award which is given to outstanding individuals who have demonstrated the vision and spirit of the United Nations as expressed through the UN Charter, and the Universal Declaration of Human Rights.

She is the recipient of a Citation from the Office of the President for the Borough of Brooklyn, City of New York, for her commitment to community well being by providing outstanding services and support to local residents, youth and those in need.

She was conferred an Honorary Interfaith Minister degree by the New Seminary.